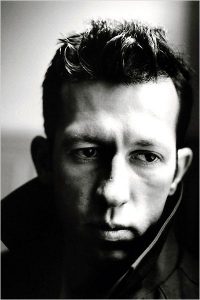 João Pedro Rodrigues is a Portuguese film director whose activity started in 1997. He is considered to be part of The School of Reis film family. Having studied at the School of Theatre and Cinema of Portugal, João Pedro Rodrigues started his career as an assistant director and editor in several features, directed, for example, by Alberto Seixas Santos and Teresa Villaverde, among others. In 1997 João Pedro Rodrigues directs his first film. O Fantasma (Phantom) (2000), his first feature-length, is a film dealing with affections in homosexuality, aimed at catering the demands of a growing influence of gays and gay culture within the Portuguese artistic circles. Besides the minor controversy it generated in Portugal, the film was shown in Spain, Italy, France, Brazil and USA with modest results.Two Drifters (2005), his second feature film, has obtained relative international acclaim and was shown at the Cannes Film Festival.