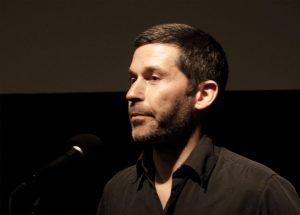 A French film director. He directed his first medium-length film, Song (with Nathalie Boutefeu) in 2007 , but it was mainly his second experimental film Les Gouffres (with Mathieu Amalric and Nathalie Boutefeu) which was noticed by critics during his presentation at festivals in Switzerland and France.